Senator Franca Adiza Afegbua. In 1983 she became the first woman to be elected a senator in #Nigeria‘s history.
#NaijaHistory source: National Assembly

Senator Franca Adiza Afegbua. In 1983 she became the first woman to be elected a senator in #Nigeria's history. #NaijaHistory source: National Asembly

Photo of an Igbo woman`s #hairstyle in early 1900s #Nigeria.

“Ingredients” used to style her hair include charcoal and palm oil. The 💇 could not be undone so had to be cut away if no longer needed.  #hairstyles #hair #beauty #NaijaHistory #NigerianHistory #women #Fashion

An Igbo woman`s #hairstyle. “Ingredients” used to style her hair include charcoal and palm oil. The 💇 could not be undone so had to be cut away if no longer needed. Early 1900s #Nigeria. #hairstyles #hair #beauty #NaijaHistory #NigerianHistory #women #Fashion

I often post abut the exploits of Nigeria’s military. Most of those posts are about military men. So today, I decided to give credit to some of the gallant women of the Nigerian military who have not received as much coverage.

Probably the most celebrated female officer in Nigerian military history is Major-General Aderonke “Ronke” Kale who in 1994, became the first woman to become a major-general (two star general ) in the history of the Nigerian military. She was promoted to major-general along with other officers that later came to prominence such as Ishaya and Musa Bamaiyi.

Kale was a psychiatrist by training who joined the army, became head of the army medical corps, and survived and rose up the ranks in the cut-throat era of 1990s military shenanigans during which the military consumed itself with politics and Machiavellian coup plots.

You can read more about Major-General Kale here and here.

Recently Kale’s feat was equaled when Major-General Abimbola Amusu became only the second female major-general in the army (after Kale). Amusu is currently the commander of the Nigerian army medical corps, and is currently the only female major-general serving in the entire Nigerian army. In a nice emotive touch, the retired Kale attended the ceremony at which Amusu was appointed the medical corps commander.

Another record breaking female officer is Rear-Admiral Itunu Hotonu who in 2012, became the first female rear-admiral in the history of the navy. 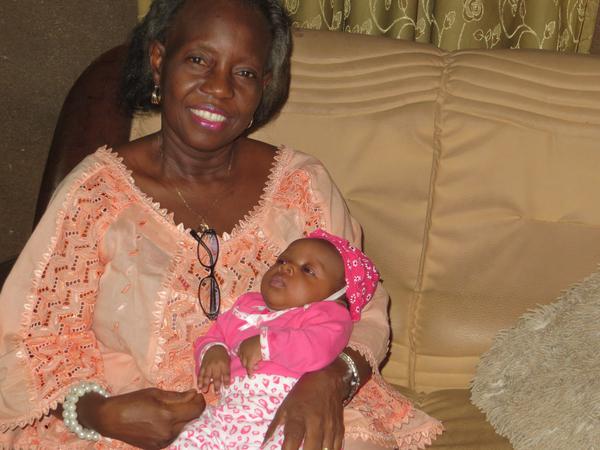 Nigeria’s Chioma Ajunwa-Opara, the only woman to win an individual Olympic gold medal for Nigeria. She won gold in the long jump at the 1996 Olympic games.

She was the first African woman to win an individual gold medal at the Olympic games.

After her athletic career, she is now a police officer.  She also spoke about allegations of taking performance enhancing drugs.

British Council report on gender inequality in Nigeria. The inequality is twofold: between men and women, and again there is a separate disparity between women in the north and those in the south.

The report considers areas like income, education, health, political participation and violence against women. Only 15% of Nigerian women have their own bank accounts. Over half of women in the north are married by the age of 16.

Summary of the report:

25-year old Blessing Liman, from Zangon-Kataf Local Government Area in Kaduna State, recently made history by becoming Nigeria’s first ever female fighter pilot. She has been commissioned into the Nigerian Air Force’s corps of fighter-pilots alongside 126 men with whom she completed the Direct Short Service Course 20/2011 Cadets of 325 Ground Training Group at the NAF Base in Kaduna.

The Most Powerful Women in Africa