The #Nigerian Community Where Men and Women Speak Different Languages

Fascinating article on the BBC about the village of Ubang in Cross River State, southern Nigeria where the men and women speak different languages. In infancy children first learn the female language, then by age 10, the boys are expected to have also mastered their gender’s language. Thus despite speaking different languages, the men and women can understand each other’s language.

The #Africans: A Triple Heritage

An oldie but a goodie. This is a documentary series narrated by the late great Professor of African history Dr Ali Mazrui. He jointly produced the series in conjunction with the BBC and PBS. Mazrui also published a book of the same title.

The series was in 9 parts and covered different themes about the African continent as follows:

Part 1 – The Nature of a Continent:

Part 2 – A Legacy of Lifestyles:

Part 6 – In Search of Stability:

Part 7 – A Garden of Eden in Decay

Part 8 – A Clash of Cultures

Today is the 50th anniversary of Nigeria’s first military coup. Rather than rehash it I have included video clips and audio interviews below with the key participants that will tell you all you need to know about it.

President Azikiwe speaks about the coup:

Excellent documentary series by Al-Jazeera focusing on the every day lives of Nigerians.

Many #BokoHaram Members “Have Never Read the Koran”

Great video featuring Dr Fatima Akilu, a psychologist, and the Director of Behavioural Analysis and Strategic Communication in the Office of the National Security Adviser (ONSA). Dr Akilu used to work as a psychologist for the UK’s National Health Service until she was hired by Nigeria’s National Security Adviser to assist in Nigeria’s battle with Boko Haram. Her role is to complement the military battle with Boko Haram with ‘soft power’ approaches aimed at socio-psychological approaches to countering Boko Haram.

Dr Akilu spoke in Washington DC, USA, at the Center For Strategic and International Studies (CSIS). In this video she made some eye raising revelations such as:

Start watching from around 50 minutes.

President Buhari of #Nigeria Speaks at U.S. Institute for Peace

The outgoing Independent National Electoral Commission (INEC) Chairman Professor Attehiru Jega was recently a guest of the Center for Strategic and International Studies in Washington DC. During a talk attended by Jega’s INEC Commissioners and Nigeria’s Ambassador to the United States of America Ambassador Adebowale Ibidapo Adefuye, Jega gave a very eye opening talk about Nigeria’s election landscape and the recently concluded 2015 elections.

Jega said that Nigeria’s electoral laws caused operational problems for INEC. If a presidential election is inconclusive with no clear winner, the Nigerian constitution requires a second run-off election to take place within 7 days of the original election. Prior to the election INEC had recommended that this provision of the constitution should be amended. In other countries the average time to prepare for a run-off is 6 weeks. Jega described the possibility of organizing a run off election in 7 days as “impossible”. A run-off could have caused “a constitutional crisis”. He said he prayed the election would not go to a run off!

INEC did what it could to prepare for the eventuality of a run-off; printing extra ballot papers just in case. Because of fear of being challenged in court, INEC printed extra run-off ballot papers for all parties (even though the law requires that the run-off should take place between only the two top parties).

The permanent voter cards (PVCs) that voters used to vote were made in China.

INEC met quarterly with party chairmen and representatives. Meetings became monthly in the run up to the election.

Jega said that “Time will come when positive things will be said about Jonathan’s government” – in terms of allowing INEC to be independent. Jega said none of the electoral malpractice or attempts to affect INEC’s independence could be attributed to Jonathan or the government in particular.

The postponement of the presidential election from February to April allowed INEC more time to train more staff and allowed more people to collect their PVCs and vote. As at February 28, tens of millions of PVCs had not been collected.

INEC were told that there were compelling reasons to postpone the election. The security chiefs told INEC there was “a window of opportunity” to fight Boko Haram and that their energies would be focused on that fight around the time the election was scheduled. They said that for the first time Nigeria’s neighbors Chad, Cameroon, and Niger were pressing Nigeria to join a Multi-National Joint Task Force (MNJTF); whereas in the past it was Nigeria that was pressing them to join a military coalition, and they foot dragged.The security officers said that joint action against Boko Haram would rob it of the ability to flee for respite to Nigeria’s neighbours. The security chiefs said that the time was opportune because the military had just taken delivery of military weaponry they had ordered before. In conclusion the armed forces could not provide their customary level of security support for this election.

INEC were taken by surprise. Their position was that they were ready for the elections to go ahead as scheduled. INEC asked the service chiefs to undertake consultations and build consensus for their recommendations.

The following day the NSA Dasuki went to Chatham House and recommended a six-week postponement of the election; without consulting INEC. https://maxsiollun.wordpress.com/2015/01/26/nigeria-national-security-adviser-not-very-optimistic-about-chibok-girls/ In the words of Jega “we were shocked” by Dasuki’s speech and candor at Chatham House. Although Dasuki’s Chatham House speech took INEC by surprise, INEC could not publicly contradict the NSA.

The following week Jega and INEC were summoned to a National Council of States (NCS) meeting (also attended by the service chiefs) at which Jega briefed the NCS and told them about the situation (INEC was ready to go ahead with the election as scheduled, but had received security advice to the contrary). Jega also received a letter from the NSA Dasuki (signed by the Chief of Defence Staff Badeh) reiterating the earlier security advice given to INEC. The service chiefs and the NSA reiterated to the NCS that they could not provide security guarantees for the election.

The decision on whether to postpone was deferred to INEC since it was INEC that had the legal mandate to schedule the election. Jega said the discussion at the NCS “took a partisan divide” (with some parties for and against postponement depending on their assessment of whether or not it would benefit them).

INEC called a meeting of its commissioners. Jega considered the safety of its electoral staff and said he “would not put the lives of over 750,000 election workers at risk” by ignoring the security advice. INEC did not want to be blamed for bloodshed if it ignored the security advice and lives were lost. Postponement also offered INEC a silver lining by allowing more people to collect their PVCs and vote, giving them more preparation time, and offered the potential for a genuine and peaceful elections to take place in Adamawa, Borno, and Yobe States which had been wracked by the Boko Haram insurgency and which were so insecure that it was difficult to envisage how elections could take place in those states.

INEC received petition to cancel Rivers State election results on the grounds that fake result sheets were being distributed and that no elections took place at all in certain polling units. Jega said these claims “were spurious”. INEC sent a three man team of its national commissioners to Rivers State to investigate. The commissioners were there for 12 hours and refuted the petition’s allegations.

The “Orubebe incident was unfortunate”. Jega said he has no evidence of further conspiracy regarding Orubebe’s outburst. http://uk.reuters.com/article/2015/04/16/uk-nigeria-election-exclusive-idUKKBN0N71KO20150416

All Jega said is that he “Hope we learned lessons from that and move on…statesmen should be statesmen…we need more role models”.

Jega said Nigerians should not spend so much time in euphoria of the election success, but should also focus on maintaining standards and preventing regression. Said Nigerians “shouldn’t just sit back and gloat about a wonderful election”.

INEC used NYSC cadets as ad-hoc staff. NYSC and security staff did not get to vote because of their election day duties. Jega said they had tried (after 2011 election) to arrange for ad-hoc staff to vote but INEC did not get around to implementing it. Jega said perhaps essential election staff could vote 1 day or 1 week in advance of the public.

INEC piloted an electronic results system in 2011 – using the governorship election in Rivers State as its test case. INEC worried that technology failure or manipulation would taint the election. Result technology had failed in Kenya. INEC felt they already had too much on their hands with the introduction of PVCs and biometric readers. He also said that using an electronic counting system required trust in the technology, and faith it would not be manipulated. Jega said that level of trust does not yet exist in Nigeria’s political system, and that the possibility of technology being manipulated or corrupted, led INEC to count results manually. 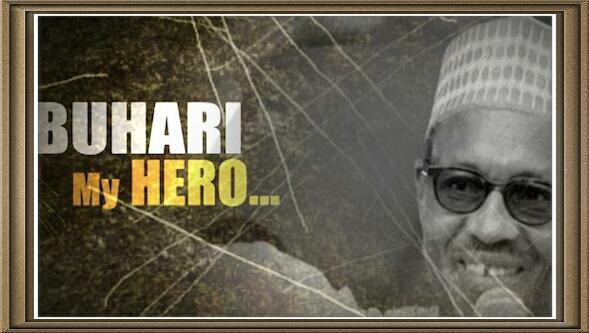 The film will be screened in Lagos and Abuja.

The producer Ireti Bakare-Yusuf gave away goodie bags to those who attended the premiere. Each goodie bag contained a copy of my book “Soldiers of Fortune”: